Band Camp: A Lesson in Perseverance and Grit to Achieve Strength 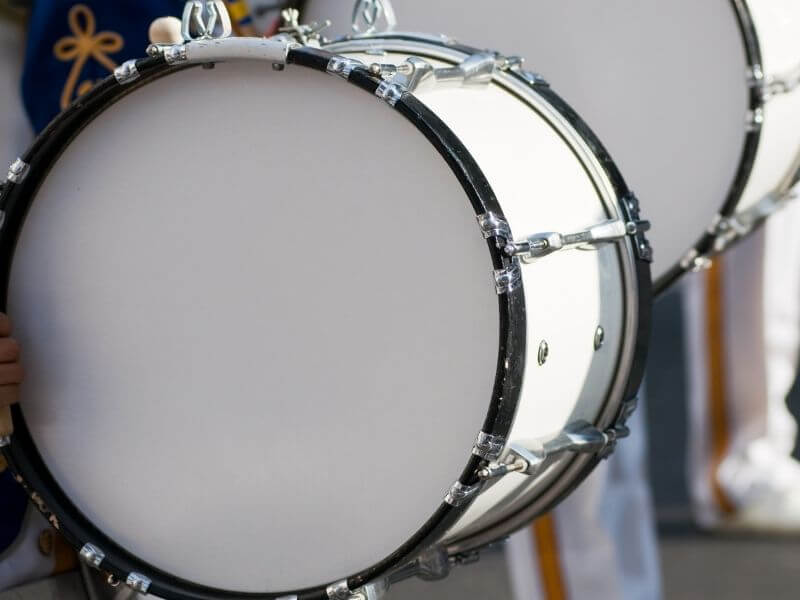 Two of our kids just completed two weeks of high school band camp. Because of the pandemic, our sophomore son is a tuba / Sousaphone player who hadn’t had a “real” marching season last year. Our daughter is an incoming freshman playing bass drum, so both teenagers were experiencing the rigors of band camp for the first time this year.

My wife and I are indeed proud that all three of our children have answered the call to join marching band in their academic careers. We, in fact, met in the band where my wife played flute and served as the drum major for three years and I played percussion marching the largest bass drum as a freshman and snare drum in subsequent years. We also taught music together as instructors in the same band for several years after graduation. We know the joys and the challenges of band camp whether at home or away. We have nervously looked forward to witnessing how our kids would react and adapt to the situation, and I’m happy to share some of that with you here.

For those who were never initiated into the culture of marching band, band camp is essentially pre-season training where students are challenged physically and mentally to condition their bodies and mind to perform on the football field for half-time shows and in competition with other high school bands. While the perception may be that marching band performers simply “walk and blow,” the work is tough and the experience taxing which can really test one’s mettle. It’s a measure of the grit one has to remain doggedly determined to succeed and meet or exceed expectations.

Participants at band camp start early in the morning, around 7:30 a.m., and they begin with vigorous exercise including stretches, bodyweight strength training, and running. In the heat of mid-summer, band kids, especially those who may not be accustomed to such physical exertion, may find themselves struggling just to get through those initial exercises. But, then the group line in formation on the yard markers of the football field for drill exercises where the march and mark time for hours. After running through an exhaustive collection of vocal commands from their drum majors, they are then expected to learn the charts for their field show. Finally, the individual sections including low brass, trumpets and mellophones, woodwinds, color guard, pit / front ensemble, and battery percussion regroup in their respective areas to rehearse their music before all come together on the field once more to bring their marching and their music together.

The experience can confuse and exhaust even seasoned performers to say the least. However, the end goal rewards and satisfies these intrepid musicians.

The Ballad of Pebble

On the second day of band camp, I received a phone call while I was working. Our daughter (affectionately referenced as “Pebble”) was in tears and wanted to come home. Her feet and legs hurt, and she was physically spent. I rushed to the school, and I escorted her to the car. We ensured that she had some anti-inflammatory pain relief, plenty of water, a banana, and a bit of protein. Then, she went to bed and iced her legs for about 20 minutes on each side before taking a nap for about a hour.

She could have stayed away for the rest of the day. However, something moved her to request that I return her to the school to complete the day with her fellow drummers in the battery. She felt a sense of belonging and a sense of duty to fulfill her part for her fellow drumline teammates. However, she was also cognizant of the fact that her success in playing a part in the team’s success meant exercising self care. Back at home, she ate well, iced and elevated her legs again, and went to bed early.

For a teenager on summer vacation, going to bed early isn’t usually the daily routine.

She participated fully for the next few days, backing off when necessary, and increasing her level of exertion incrementally like an athlete in training.

By the end of the second week, while tired, she seemed a shiny new person: a bit more competent, much more sturdy, keener with her musicality and chops, and certainly more confident in her abilities (not to mention a somewhat more tan from all of the outdoor activity).

When we “hit the wall,” oftentimes we want to simply throw in the proverbial towel and leave it all behind. I know that there was an element of that in Pebble, and I feared for a moment that this might be the end of her marching band career. However, when we can see the greater purpose of what we are trying to accomplish and we can get into the right mindset to press on, we can achieve much more than we expected if we just hold on and make smart decisions.

It’s important to take a step back sometimes and heal from our wounds. A little respite now and then can serve to strengthen us physically, mentally, and in our resolve to succeed. All too often, people fall into complacency, however, when they step back. I’ve often found myself wishing to just leave it all behind and quit.

But, if we take into consideration not only the goals we set for ourselves, but how we impact the lives of others and their goals, something inside of us can awaken and we find ourselves growing, getting better, and performing beyond expectations. We need at least an ounce of grit to shake off the negativity, focus our thoughts on what is important, and keep moving forward.

Our Pebble inspired me to share this, and I hope that her story can serve as a small illustration of perseverance and how it helps us and those whom we affect.