Effect of Drumming on Life and Business 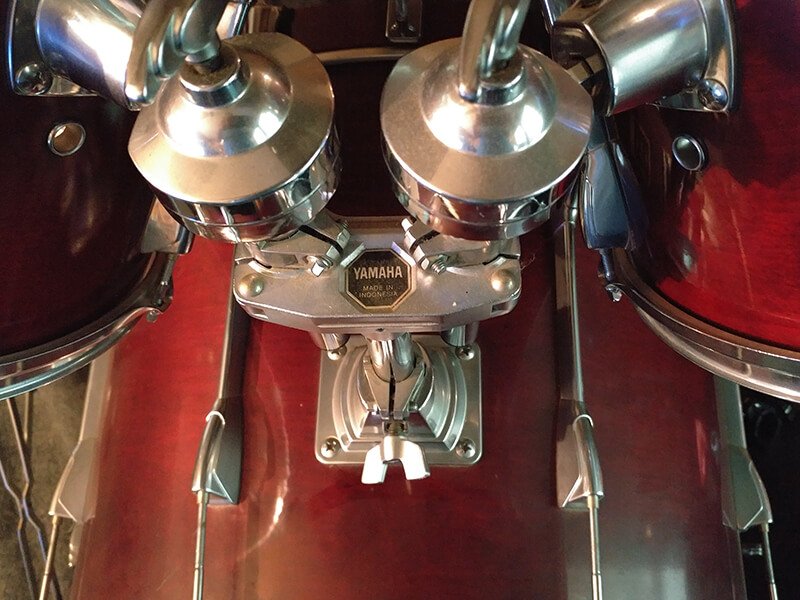 Why did I choose drumming?

Some are born into drumming, and some have drumming thrust upon them. I’m of the latter ilk, and I’m glad to have had that happen to me.

My first introduction to playing music was the spinet organ. I remember in th 80’s there was a brief period where organ stores were in the malls, organ clubs had memberships within the local schools and park districts, and McCormick Place even hosted an organ contest (where I proudly took 1st place on more than one occasion).

When I went to high school, I knew I wanted to join the band (though I hadn’t done so in grammar school… but I did help carry the big bass drum for a lad once down a flight of stairs). However, with my background in organ music (which you can’t march on the field), I felt I might have been doomed to play the glockenspiel… not that that’s a bad thing… I like the glock, in fact… but it wasn’t on my wish list.

Luckily, I was a big kid, and there was a big bass drum. I fell in love immediately with it. I purchased my first pair of drumsticks from a little music shop on 63rd St just off Kedzie (very near my now in-law’s house). I practiced constantly anywhere I could with a pair or ProMark 5Bs… on the bus to St. Rita High School, on my knee, on a practice pad, etc. At band camp that year, I was doggedly determined to learn my part and the part of each other drum in the battery — snare, tri-toms, and cymbals. I spent every break learning how to read the music (I’ve never seen sixteenth notes, 32nd notes, or sixteenth-note-triplets before), learning the cadences (street-beats), and rudiments.

This led to a long-time love of playing the drums, assuming leadership positions (section leader and band president), and training others (taught as an instructor for five years through college and then taught private lessons). I also developed a thirst for learning more and more instruments, so I began a quest to learn percussion from around the world including Africa, the Middle East, Native America, Latin America, and various European cultures.

Drumming also led to my first full-time job out of college working in the drum department at Sam Ash Music, and led to some pretty sweet pro gigs and experiences including:

Here are just a few things that drums taught me outside of music which have, I believe, helped me in my life and business.

Drummers get a bad reputation sometimes. Jokes are made about them being “dumbers,” yadda, yadda, yadda. However, you show me a drummer who has committed to being a drummer, and I’ll show you someone who knows the value of practice, and probably practices incessantly (my daughter bought me a shirt that says, “Everything I Touch Becomes a Drum”… that’s the truth! Good usually isn’t good enough. Drummers seek advice from people who demonstrate more skill, and they woodshed like CRAZY!

In life and business, it’s the same thing. You have to keep your skills sharp. Practice your craft, put in the 10,000 hours, and master what you do. I’m still working on this for a great many skills I hope to master.

Especially as a recording musician or as a live stage performer, I’ve had to intently listen to the rest of the band. Balance, tempo, and cues can be off if the drummer is in “La-La Land.”

I can’t tell you how many times… including yesterday, where, when I’m not focused and listening I miss important information where I fail to act or react appropriately.

Listen to music, and you’ll hear little musical “jokes” here and there. A well-placed but humorous cowbell hit, a gong, or some weird sound effect. Chances are, the drummer is the guy who put that there.

Having a little good humor and laughter helps to make the bitterest pill a bit more palatable.

Of all of the instruments that I play, percussion lends itself best for me to improvisation. I love listening to the band and then groove with them as naturally as breathing. And then, who doesn’t love a good drum solo like Bonham’s Moby Dick?

Adaptation and improvisation to problem solve have directly come from my drumming experiences (and also from fixing percussion instruments in the field to keep them in service).

Work as a Team

Have you ever watched a DCI (Drum Corps International) or marching band performance? Or, have you ever watched the movie “Drumline?” The drumline (a.k.a. battery, marching drums) must work together as a team within a team (the ensemble as a whole) to create a visually stunning and impeccably timed performance. Sure, that’s evident during the complicated portions of music where the group plays in unison. However, when you have five bass drums playing a 32nd-note run going up and down the drums, THAT takes teamwork: trust, coordination, active listening, and harmony.

I remember when I trained with master drummer and drum circle facilitator Paulo Mattioli (God rest his soul). He talked about the phenomenon known as entrainment which what happens when a group or system falls into a temporal rhythm together naturally. For instance, birds which fly in formation synchronize their wing flaps naturally. In a crowd at a concert, the group will sway to the beat in time with each other eventually. In community drumming, most of the group will lock into the beat without thinking about it. In this way, I’m reminded of the stages of teambuilding by psychology Bruce Tuckman:

where eventually the team will fall into the rhythm of producing together harmoniously.

Yes, the lead singer, the songwriter, the lead guitarist, or the piano player are the perceived leaders of the band. The conductor is the leader of the orchestra. The drum majors are the leaders of the marching band. However, the percussion section or drumset player sets the tempo and the color of the music. If he or she rushes, the rest of the ensemble can’t help but to follow. Plus, as a section leader, my responsibility was to both ensure that the team performed well and to help others move into leadership roles.

Moving projects and operations forward and planning for succession are qualities highly prized in my experience in business leadership and ownership.

Learning songs, learning techniques, and applying that knowledge takes grit. I takes being willing to fail and try again. Most importantly, it takes never accepting the status quo and continually moving forward to strive to play the part correctly and consistently.

How often do we find something hard and then give up on it to find some other “shiny object?” Yes, my playing a whole bunch of musical instruments demonstrates that I have fallen into the “shiny object” syndrome. But, at the same time, I’ve stuck to continuous learning and performing since 1990… and I don’t want to see any end to that. From someone who has come from business failure and bankruptcy and from morbid obesity and smoking to better health with exercise and DDP Yoga, I have drumming to thank for the tenacity to keep going.

When a drummer meets a drummer, there’s usually an instance connection simply based on our experience. It’s almost scary how it’s kind of a club (or cult). You’ll find drummers in their natural habit interacting with each other discussing kits, swapping performance stories, and trading “licks” and warm-ups.

I have many percussionists to thank. Most importantly are Paul Kairis for teaching me and allowing me to teach beside him for years, and Mark Rupsch who allowed me to tag along for his rock-band rehearsals and gigs. Other notable drummers include Hugo Ayala, Rikk Currence, and Rob Nacu. My fellow high-school band drummers including Rachel Burke, Scott Patka, Jason Reyes, Joe Stoppa, Mike Hernandez, Cliff Whitehouse, and a whole bunch of others (not to mention my wife Lisa Banos-Crus) brought me encouragement and friendship. Then, I’ve learned so much from the many students including Jackie Arenas. Many of these folks are still part of my social network, and all are fondly remembered. Drummers are a weird bunch of characters who like to hang out with other similar weirdos.

Have you had a life experience (playing in a band, playing on a team sport, volunteering, etc.) that has impacted the way you conduct yourself in life and business?